This article is a stub. You can help Protagonists Wiki by expanding it.

Luka Couffaine, known as Viperion is a recurring character of Miraculous Ladybug.

In "Silencer", when Bob Roth threatens Marinette after she accuses him of stealing Kitty Section's idea for XY's new song, he is akumatized by Hawk Moth into Silencer, a voice-stealing supervillain.

In "Desperada", after Adrien Agreste gives up being Aspik for not being able to help Ladybug against the titular villain, she gives Luka the Snake Miraculous. When the Miraculous is inhabited by Sass, he becomes Viperion, a snake-themed superhero who helps Ladybug and Cat Noir during "particularly difficult missions" in Season 3.

In "Truth", after Marinette refuses to tell him her secrets, Luka is akumatized and amokized by Shadow Moth into Truth, a three-eyed supervillain that forces people to tell the truth and his emotions form the giant eye sentimonster.

In "Wishmaker", during the fight against the titular villain, Luka, as Viperion, is able to discover, accidentally, the true identities of both Ladybug and Cat Noir, who got exposed after being affected by the villain's powers. Because of his power to go back in time, the two main heroes are unaware that Luka knows who they are. 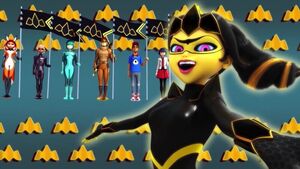 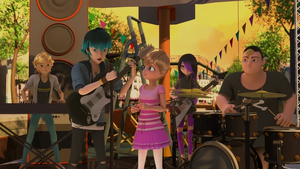 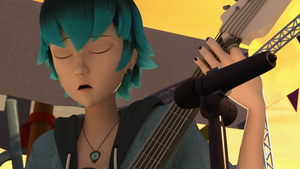 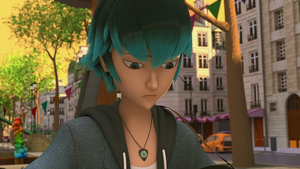 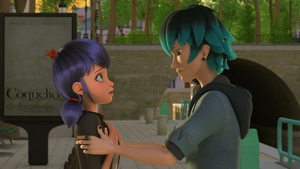 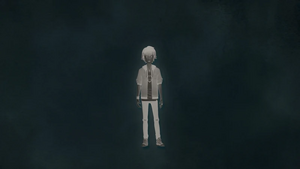 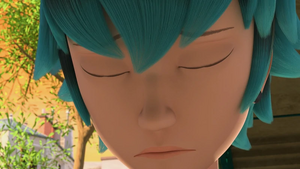 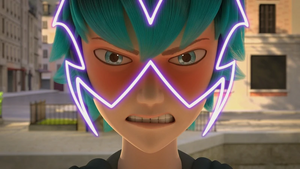 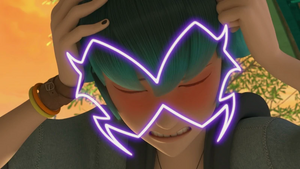 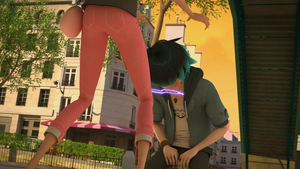 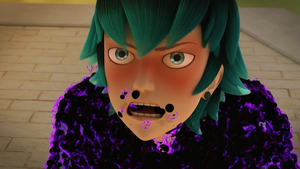