Michael Mouse, better known by his alias Mickey Mouse, is the mascot of the Walt Disney Company and the most famous character. He is an anthropomorphic mouse first created in 1928 by Walt Disney and Ub Iwerks.

Mickey Mouse was designed by Ub Iwerks using circles so he would be easier to animate. Employees John Hench and Marc Davis supported this, as they believed the design would make audiences accept Mickey better. The most circular of Mickey's body is his ears. His ears has become an unofficial trademark. The symbol, known as the Hidden Mickey, is often used by the Disney Company to represent Mickey.

Mickey's hands have three fingers and thumbs. He has large black eyes. 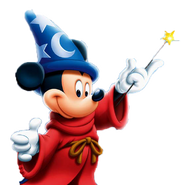 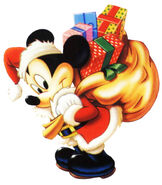 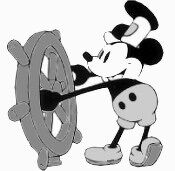 Black-and-white Mickey in the cartoon
Community content is available under CC-BY-SA unless otherwise noted.
Advertisement